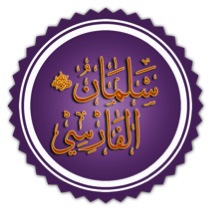 The reach of Islam, even during its infancy, was so vast that even outside of Arabia people developed an interest in it. One such non-Arab who heeded its call is Salman Al-Farsi, or Salman the Persian. Many know him as the Companion who proposed the idea of the trench as a defensive measure against the disbelievers’ onslaught against Madinah. Indeed, the Battle of the Trench, where the Muslims defended their city against an offensive comprised of various tribes including the Quraysh, would not have been a success without his contribution; to leave his story at that would be to do a disservice to his memory. Salman’s story before becoming a Muslim reveals his devotion to truth and his love for Allah, qualities
which we as Muslims should strive for regardless of our era.

Born to the chief of a Persian village, Salman was raised in the lap of wealth and luxury. His father deeply loved him, but also feared losing him; to assuage his worries, he kept Salman at home, almost like a prisoner, and raised him as a Zoroastrian, the faith of the Persian people. The Zoroastrian faith places a great emphasis on fire as a symbol of purity and God’s light, and many of their rituals revolve around tending to a holy flame. As he grew older, Salman developed a burning passion for the religion, so much so that he eventually became a custodian of their holy flame. Day after day, Salman tended to the fire, stoking it if need be and ensuring that it never extinguished.

Salman’s father, as a wealthy chief, possessed a large estate where he grew vast numbers of crops. Balancing his responsibilities as chief with his estate sometimes required that he choose between either, and one day he told Salman to look after the estate as he dealt with village matters. Though the predominant faith in Persia was Zoroastrianism, there were smaller groups of people from other religions. Salman had never heard of anything other than his own religion due to his father’s watchful eye, and when he passed by a church on his way to the estate, he felt drawn towards the voices of their prayer. He was immediately impressed by their prayers and believed that their faith was better than his own, and resolved to spend the day in the church instead of going to the estate.

Upon returning home, when prompted by his father about his activities during the day, Salman told him
about his visit to the church. His father, a staunch Zoroastrian, became upset with his son’s decision and declared, “My son, there is nothing good in that religion. Your religion and the religion of your ancestors is better,” to which Salman replied, “No, their religion is better than ours.”

His father’s fears had been realized: his dear son, whom he had raised and groomed to be his successor, was leaving his people’s faith. How could a devout Zoroastrian, let alone the village chief, let his child go to another religion? He couldn’t fathom the possibility, and kept Salman locked up in the house with a chain shackled to his feet. Despite this, Salman managed to send a message to the Christians he had met, asking is there was a convoy headed to Syria, the original land of Christianity. In time, he was informed of one such group, and Salman managed to escape his prison and go with them. Upon reaching Syria, he made his way towards the bishop of the church and asked to serve and learn under
him. The bishop agreed, but Salman soon found out of the bishop’s corruption. He would encourage his followers to donate in the way of Allah, but would take the money for himself and spend none of it on the poor and needy. When the bishop died, Salman revealed his corruption to the public, and instead of burying him, the Christian people nailed him on a cross instead.

Salman was a man devoted to finding the truth, and though the bishop had shown himself to be corrupt, he decided to stay with the bishop’s replacement, a man of pure intentions and faith. Salman spent a great deal of time with him, and when the new bishop neared the end of his life, he told Salman to go to a man in Mosul. With this man, a devoted servant of God like the bishop himself, Salman would be able to continue serving in the way of Christianity. When the man in Mosul died, he directed Salman to a man in Nasiyyibeen (present day Turkey), and so on. When the last priest he stayed with was on his deathbed, there was no one left among the people who followed their way. However, the time of a new Prophet was about to arrive. He told Salman to leave Syria and look for this Prophet in the land of the Arabs; one who would migrate to a land of palm trees, who would accept gifts but never took charity,
and who had the Seal of Prophethood between his shoulders. Taking this last piece of advice, Salman departed from Syria with a group of Arabs.

The Arabs had promised to take Salman to Arabia, but had more devious plans in mind. When they reached their destination, they immediately turned on Salman and sold him to a Jewish master, who then sold him to his cousin from Madinah. On his way to Madinah, Salman noticed the palm trees his former mentor had spoken about, and dearly hoped that he had made it to the right place. He would not, unfortunately, hear about Islam a few years later when the Muslims migrated to Madinah with the Prophet Muhammad (PBUH). Salman recalled working atop a palm tree when his master’s relative came speaking of a man who called himself a Prophet. He could not believe it and immediately started down the tree when his master hit him. “This has nothing to do with you, go back to work!” his master said.

Still, Salman couldn’t hold back his excitement, and left his master’s field in the darkness of the evening. He took some food with him and made for the Prophet’s gathering. The first of his mentor’s predictions had come true, and he set out to test the others.

He went to the Prophet (PBUH), who had yet not reached the main city, and offered him his food as charity. The Prophet thanked him and shared the food with his companions, but refused to take any of it. Salman noted this and left to return with more food, this time offering it as a gift. The Prophet (PBUH), as his mentor had predicted, ate this food instead.

Only one prediction remained, that of the Seal of Prophethood, but Salman was unable to confirm it at the time. Later, he came to a funeral the Prophet (PBUH) was attending and attempted to maneuver around so as to catch a glimpse of the Seal. The Prophet, aware of Salman’s intention, exposed his back revealing the Seal to Salman. Salman, overjoyed, embraced the Prophet and began weeping. The Prophet asked about his story, and was able to free Salman as a slave after the battles of Badr and Uhud. From then on, Salman made an effort to never miss a moment with the Prophet, and was a key figure in defending the Muslims against the combined offensive of the disbelievers.

Salman’s path to Islam provides an insight into the type of man he was. He was devoted to finding the truth regardless of the obstacles in his way, and would readily shed tradition in favor of something better. He traveled from the distant empire of Persia to the desert sands of Arabia, leaving wealth and luxury behind to become a mistreated slave, all to come to Allah. In the face of mass Islamophobic sentiment today, many of us find it hard to hold fast to the rope of faith. Being Muslim, especially visibly so, can cause problems in our everyday lives. Though we live over 1400 years later, we can learn from Salman’s devotion to truth and faith. The obstacles in front of us today should not prevent us from striving for truth and maintaining our faith. His dedication was rewarded with greatness in this life and the next; should we hold fast to our beliefs and the truth, so too will ours.

Britannica, Inc., 18 Aug. 2009, www.britannica.com/biography/Salman-al-Farisi.
“The Story of How Salmaan Al-Faarisi (May Allaah Be Pleased with Him) Came to Islam.”IslamQA, 30