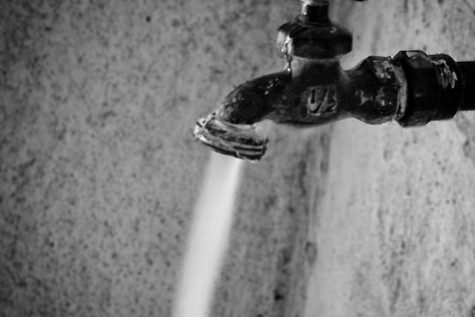 It’s a source of life, a means for purity, and a piece of heaven on earth.

Throughout the Qur’an, Allah refers to water on numerous occasions (the exact word for “water” is mentioned over 60 times). The Qur’anic verse above powerfully states an important feature of water that all humans have come to acknowledge: water is a necessity for life.

For Muslims, water holds additional and special meanings. Water plays an important role in purifying believers as it is used for making wudhu, or ablutions. And if you ask a Muslim to describe paradise (according to what they learned from the Qur’an and hadith), many would recall the descriptions of rivers flowing and springs gushing forth endlessly from the gardens of heaven.

Now back on earth (where things do have an end). Those of us living in First World countries won’t really ponder too much on where our water comes from or how much there is to go around. We believe that as long as the water bills are paid, our faucets will continue to provide us with this basic necessity at our demand.

Though this is one of the perks of having a First World lifestyle, our lack of understanding on current water-related issues blinds us to the reality of those living in other parts of the world. Almost a billion people on earth don’t have access to clean drinking water. While water is just a turn of a faucet away from us, some women in developing countries have to walk an average of 3.7 miles a day to attain water.

You may argue that water is a resource that is plentiful. After all, about 70% of our planet is made of water! But the earth has only about 3% of freshwater to sustain all living things that depend on it.

True, water is considered a “renewable” resource. But renewable resources can only naturally regenerate if their capacity to do so is not irreversibly impaired. Lo and behold, humans have played a large role in our own destruction through polluting water sources and overpumping water faster than it can be replenished.

Don’t be fooled into thinking that these water issues are not to be found in our country, or even in our neighborhood. Perhaps this will be news to many: California is experiencing a water crisis that will make it difficult for current water supplies to meet our growing demand. Just to sustain the large and growing population in Los Angeles, water is exported from places like the Owens Valley, which once used to be a thriving agricultural community.

Islam teaches us to not hoard waters from others, to not pollute and spread other forms of corruption on earth, and to also not indulge in wastefulness and extravagance. Let’s not fool ourselves into thinking that we have unlimited resources we can waste away. That is not how a Muslim is taught to live on this earth.