UCLA Dining, Catering to All? 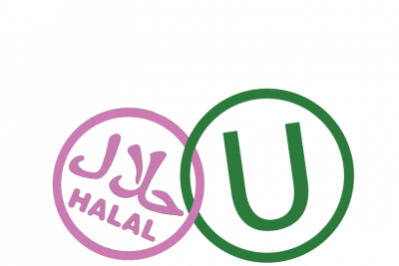 This article was written in collaboration with Ha’Am, the Jewish student newsmagazine at UCLA, as an echo of the Jewish and Muslim students’ combined efforts. A special thanks to Devorah Friedman, Kashif Iqbal, Alexa Lucas, Alan Naroditsky, Rachel Menitoff and Miriam Pinski for their help compiling interviews and conducting research for the article.

Part 1: The Importance of Halal and Kosher Options

Living the dorm life is an exciting part of the college experience. For many Muslim and Jewish students at UCLA, however, dorm living is problematic because UCLA Dining does not cater to the needs of students who follow halal and kosher dietary restrictions.

The Quran and Torah contain passages discussing what halal and kosher food entails. According to the Muslim scripture, in order for meat to be considered halal, the name of Allah must be taken.

“Forbidden to you (for food) are: dead meat, blood, the flesh of swine, and that on which hath been invoked the name of other that Allah; that which hath been killed by strangling, or by violent blow, or by a headlong fall, or by being gored to death; that which hath been (partly) eaten by a wild animal; unless you are able to slaughter it (in due form); that which is sacrificed on stone (altars); forbidden also is the division (of meat) by raffling with arrows; that is impiety” (5:3).

Other aspects of kosher include meat and dairy not being eaten together, meat and dairy utensils not mixing, as well as laws about how the animals should be killed and prepared. Utensils that have touched non-kosher food also cannot be used.

While many students of the Muslim and Jewish faith choose not to follow halal and kosher, there are many students at UCLA who do. For the students who ascribe to a halal and kosher lifestyle, living in the dorms becomes a difficulty. UCLA dining provides no halal options at any of their eateries (while schools like UC Riverside and UC San Diego provide some sort of halal option on their respective campuses) and only minimal kosher options. The three kosher sandwiches at B-Café each cost three swipes, instead of the usual one for other food items, and they are frequently out of stock.

Kashif Iqbal, a member of the Muslim Student Association, describes his experience living on the hill and the alienation he felt because of keeping halal. “I definitely felt like I was not being treated like everyone else. Other students were being catered to, while I had to only eat vegetarian. I do not think it would be that difficult to provide at least one halal option per week.”

One of the problems created for students because of the the lack of halal and kosher options is a lack of meat in a student’s diet. This has had a negative impact on many students’ health.

Samee Siddiqui, another member of the MSA who lived on the hill, could feel the lack of meat take a toll on his health. “I felt a noticeable difference — the lack of protein in my diet led to some weight loss and occasional fatigue.”

The lack of food choices caused students’ health to deteriorate and, in some cases, led to a decline in student productivity. Raquel Saxe, co-president of the Jewish Student Union, felt the adverse affects of keeping kosher on both her health and her grades.

“I started getting really sick fall quarter and I did not know why or what was happening. I was sleeping all the time. I ended up doing some research on it and talking to my mom, and turns out I was anemic. My grades took a huge plunge that quarter — I was doing really well in the beginning and all of a sudden finals came and I was not.”

Declining health is not the only problem caused by the lack of halal and kosher food options. The students’ inability to adhere to their religious dietary practices affects UCLA in other ways as well. Many students choose not to attend UCLA because the administration fails to accommodate them.

Ronit Hakakha, president of Hillel at UCLA, comments on the estimated financial impact on the dorms due to the lack of food options. “We even spoke about how so many Jewish students might not even choose to come to UCLA because they know from other people that there are not as many kosher options available. Even students that did choose to come to UCLA probably would not live in the dorms because they just do not have the comfort and access they could have living in an apartment.”

To solve this problem, Muslim and Jewish students are working together to convince UCLA administration and UCLA Dining to respect a major religious tenet for these two groups, and provide halal and kosher food options on the hill.

The initiative to introduce halal and kosher dining options to the Hill began with a simple dream during the spring quarter of 2012: Iqbal decided that he wanted to get halal food in the dining halls on campus.

After conferring with his friends and starting a Facebook group, Iqbal was approached by Noam Kohane Taylor from Hillel at UCLA, who was interested in collaborating with the Muslim students in order to strengthen Jewish students’ efforts to request kosher dining options.

As a sign of the Muslim and Jewish students’ unity, the planners further physically and symbolically cemented their collaboration by “going to Hillel just to hang out” and discuss future plans, Iqbal remembers.

Later, Hakakha recalls that after the meeting, “Karen Hedges [Assistant Director of On Campus Housing and Campus Welfare] from the Office of Residential Life reached out to both us and the Muslim Student Association to come make a presentation at the Policy Review Board. […] And they had us make presentations about any concerns

that our community has faced while living on the Hill. So, the two main things that the Jewish community] brought up were the issue of kashrut and the issue of Shabbat accessibility.”

Throughout the entire process, the two groups of students of different faiths vowed to maintain their consistent collaboration. Hakakha reiterates, “In our discussions, we made it pretty clear that it would not be fair for one of us to achieve our goals and not for the other.”

In fact, Iqbal believes that their teamwork strengthened their cause to the administration: “they seemed a lot more receptive because they saw that we came together for this one issue. They saw that two groups of students, who maybe historically do not get along, came together.”

On a micro-level, the initiative also facilitates collaboration within the Jewish community. Saxe reflects, “As co-president of the Jewish Student Union — an umbrella organization of all Jewish groups on campus, including Hillel, Chabad, JAM, and all other groups — I see my role as trying to bring people together from the Jewish community so that we have one voice on this issue.”

The students proposed having at least one halal and kosher station in each dining hall, with paper plates and plastic cutlery so that the dining staff would not have to deal with ensuring that the utensils stayed kosher.

Hakakha adds, “we are more than willing to have something along the lines of a 14K meal plan — 14 kosher — priced somewhere around 19P since we very much understand that kosher food and kosher meat and having a mashgiach [ritual slaughterer] definitely costs more. And we remarked that we were very willing to personally subsidize the cost of those things.”

Although a specific vendor has not yet been decided upon, one possible option in the mix is “Cold Foods.” “Ideally,” Siddiqui explained, “we would get all of one type of meat from a halal vendor (for example chicken breast), which would allow students seeking halal food to have a daily option. However, practically, a variety of halal specials served three to five times a week (i.e. one different dish each day), or a daily seafood option, would suffice as well.”

With regard to long-term goals, Hakakha hopes that future halal and kosher options will be accessible, substantial and sustainable. “Accessible — meaning that the options are available regularly. With the B-Café meals that are three swipes, every time I have ever tried to get one, they never had them in stock — ever. […] And if you are depending on that for your protein intake, it is absurd. Substantial — we wanted to make sure that the options provide whole meat meals because the lack of protein is one of the biggest issues that we discussed in our meeting with the ORL. […] And lastly, we want to make sure that the options are sustainable.”

Despite the lack of tangible progress, Hakakha acknowledged that several of the administrators had been extremely helpful and understanding throughout the entire process. “An administrator who has been great about Jewish accessibility in general is Maria Blandizzi [Director of Student Services and Initiatives at UCLA]. She asked to be in the loop on all the advocacy work that we have been doing this year. I think she is hoping to tie all the pieces together and she has been helpful and great.”

Although, for the time being, UCLA Dining staff and administrators have been receptive to religious students’ complaints, all parties acknowledge that they are in the middle of a long process of change and restructuring.

In response to an e-mail addressed to Daryl Ansel, director of food services at UCLA, Alison Hewitt, senior media relations representative wrote back: “As part of a broader campuswide and UC-wide initiative to ensure a positive campus climate, UCLA Dining is actively researching the feasibility and logistics of offering more kosher and halal food options. As part of that UC-wide effort, UCLA’s On Campus Housing Policy Review Board on the Hill heard from Jewish and Muslim students about halal and kosher food in January. That input informs UCLA Dining’s continued research into kosher and halal options, including issues such as vendors, costs and feasibility. More research is needed before decisions can be made, so there is no timeline yet.”

After reading Hewitt’s statement, Rabbi Aryeh Kaplan from the Jewish Learning Initiative on Campus remarked, “It is encouraging to see that UCLA is considering the needs of kosher students and is working to accommodate them. We respect that the process of researching options is involved and takes time, and appreciate that there are “I know the reason that Tzvi [Hakakha’s friend] was able to eat in the dining hall was that he actually got a tour of everything and could look at all the labels and all the hechshers and everything,” Hakakha explains. “He always says that the best meal he can have is a tuna sandwich. But to have that day in and day out — when it is only available at lunch, you are probably going to get mercury poisoning. Not really something to live off of.”

UCLA is about diversity — celebrating diversity, accepting diversity, and collaborating on initiatives from diverse communities. JSU and MSA are upholding ideals of diversity, striving to strengthen their different communities by working together on finding solutions to their religious restrictions, thereby honoring their religion, their unique differences, and their similarities.

“And for the second-ranked dining program in the nation to only be able to provide a student with a cold tuna sandwich,” Hakakha added, “is not really living up to its promise.”