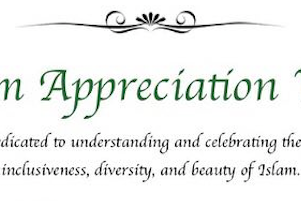 UCLA’s Muslim Student Association annually hosts Islam Appreciation Week on the university campus. It is a week “dedicated to understanding and celebrating the openness, inclusiveness, diversity and beauty of Islam.” Islam Appreciation Week consists of several events over the course of one week. These events cater to Muslims and non-Muslims interested in learning about Islam and exploring the individual narratives of those who come from this diverse community.

Islam Appreciation week is being held this week, week 3 of winter quarter, from January 19th to January 21st, 2016. Students and volunteers will host several events including a hijab try-on, flowers and giveaways, information booths, #BlackinMSA Halaqa and much, much more! For more information please view the flier. 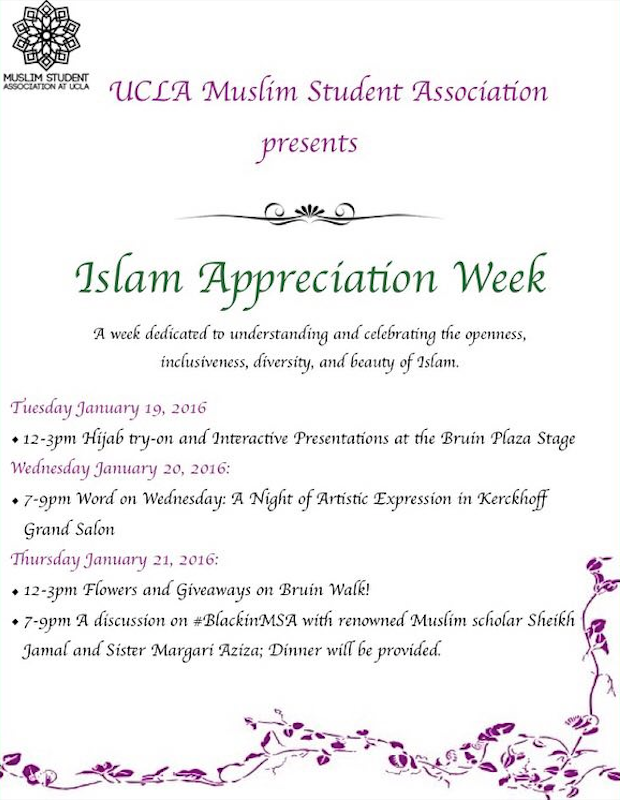 Students have been working tirelessly to plan this week’s events.  A committee, consisting of 6 student volunteers, has spent several weeks planning and executing these events. Maryam Abdul Karim, a student volunteer, stated, “Alhumdullilah, Allah put me in a position to do something I think is pretty great. The position I am in is to beautify Islam to Muslims and non-Muslims.” She further states, “I just want people to become open minded. I’m not setting out to change people’s minds about Islam but hopefully, throughout the events, people get a deeper understanding of Islam. And [they] get a deeper understanding of the Muslims as individuals and not a homogeneous group.”

When asked what event she was looking forward to most, she simply stated the #BlackinMSA Halaqa on Thursday. She hopes that through this event people will get a “better understanding of the intricacies of the Muslim identity.”

I am greatly looking forward to the rest of the events planned for this week, especially Word on Wednesday, which will be held on January 20th. If you’re going to be in the area this week, stop by, check out the booths, participate in the events and simple appreciate and celebrate Islam!