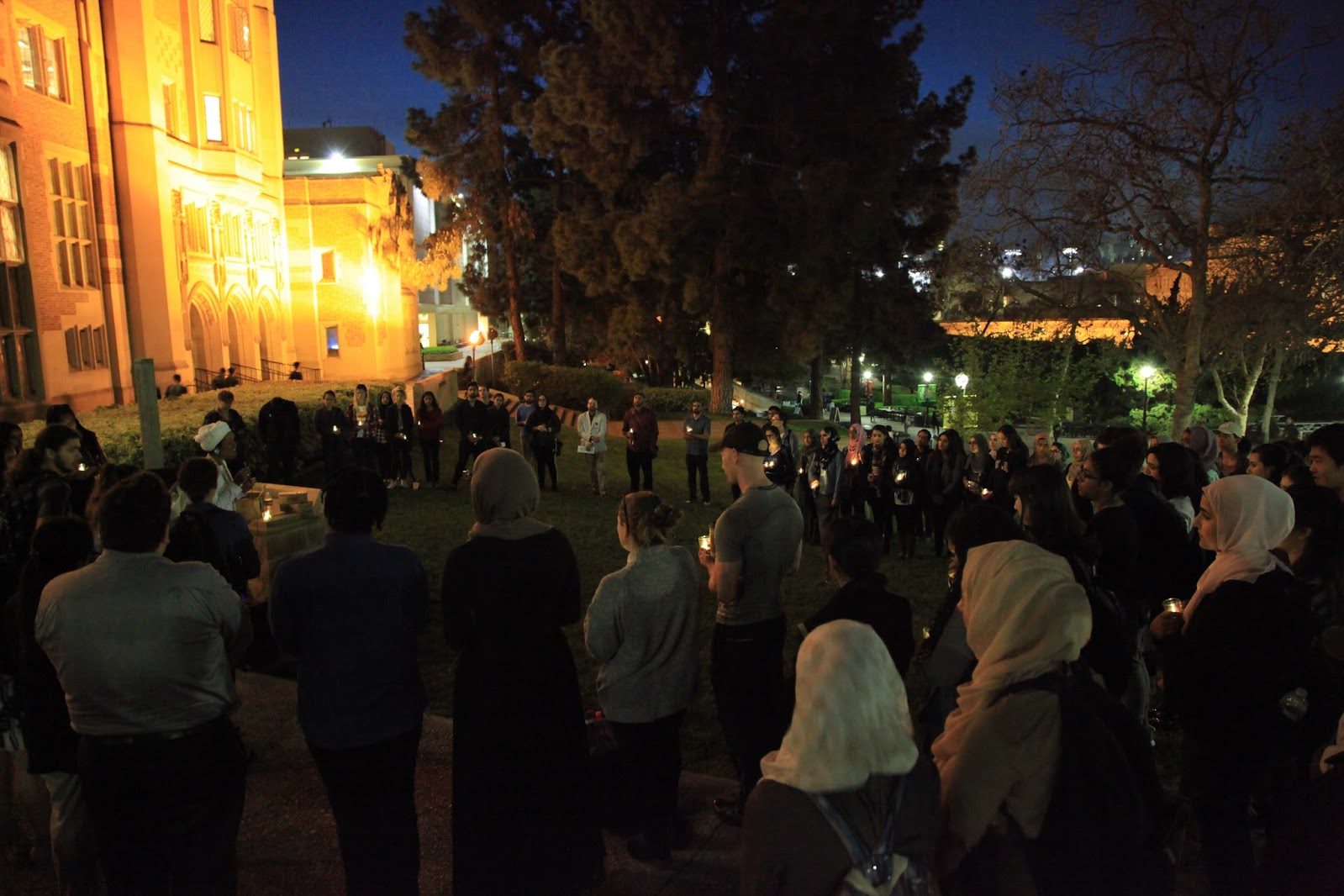 Last week, three black Sudanese Americans were killed “execution-style” in Fort Wayne, Indiana. Their names were Mohamedtaha Omar (23), Adam Mekki (20), and Muhannad Tairab (17). All of them were members of a diaspora community from East Africa. Regardless of their shared affiliations, Omar and Tairab were Muslim, while Mekki was Christian. According to Fort Wayne Police Department spokesman Officer Michael Joyner, the police are sure that the homicide is not a hate crime based on race or religion. However, they have yet to find a motive for the crime. This incident received shockingly little media attention, which is evident by the story not being picked up by a national news outlet until four days after the event.

Last Wednesday, the Afrikan Student Union (ASU) and Muslim Student Association (MSA) at UCLA held a vigil at Meyerhoff Park in honor of the three victims. Several representatives from ASU and MSA spoke about the incident, and why it is important for students to acknowledge every act of violence and hatred, despite how “newsworthy” the media deems it to be.

Jabril Muhammad, membership coordinator for ASU, challenged the Fort Wayne Police Department’s confident claim that there is “no reason to believe this was any type of hate crime, or that it was focused because of their religion or their nationality whatsoever.”

Muhammad countered, “No reason? Not even when almost one thousand black people were shot and killed by the police just last year? Not even when Islamophobia has been on the rise in the US for more than a decade?…These are the statements that tell us that the reality of our experiences are not being recognized. This is what it means to be invisible, when the institution supposedly designed to serve us cannot see the targets on our backs.”

Damali Stennette, an active member of ASU and MSA urged students to “fight injustice wherever we see it,” even if we don’t identify with the demographic being targeted. The strongest way to fight it is to physically take action. If that is not possible, the second best way is to fight injustice is with the tongue. In other words, speak out against unjust acts. If both are out of reach, then one should publicly display a strong distaste for intolerance of any kind with all of his or her heart.

Kamil Oshundara, ASU Gender and Sexuality Coordinator, led the vigil attendees in a powerful chant created by African American activist Assata Shakur: “It is our duty to fight for our freedom. It is our duty to win. We must love each other and support each other. We have nothing to lose but our chains.”

The vigil closed with a talk and short prayer by MSA member Fahd Anwar. In his closing statement, Anwar said, “We are here because the media doesn’t seem to take these lives seriously…if I were to get shot today…very few of you would hear about it. You would only hear about it if the gun were in my hand rather than the bullet through my head.”