Grande Mosquée de Paris is not so ‘Grande’ at all… 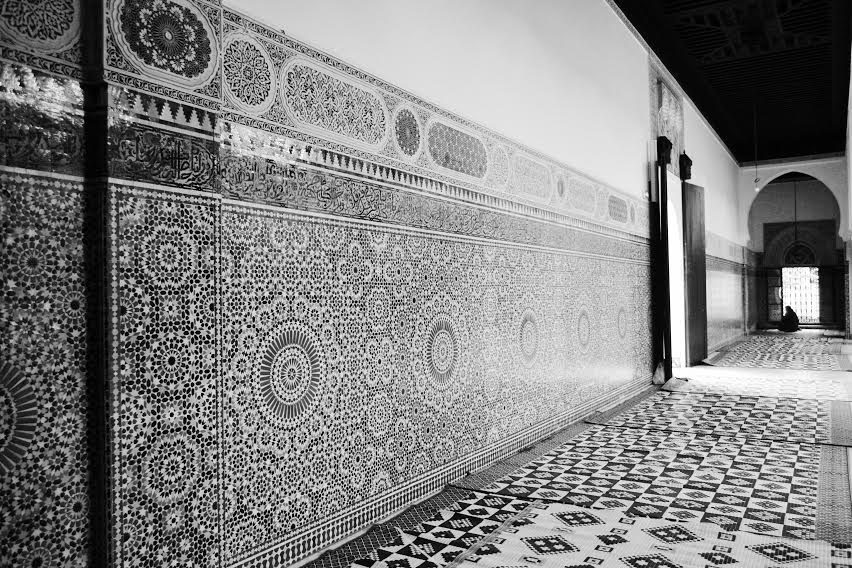 Not only is the Grand Mosque an ideal tourist attraction for any Muslim visiting Paris, France, but it is also listed in CITIx60: Paris (A trusted tourist booklet where 60 leading local creatives bring you the best of the city) as one of the top 5 ‘Landmark and Architecture’ attractions to visit by anyone. 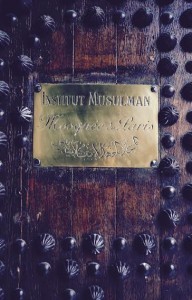 This mosque was a gift from France to honor the North African countries that aided the French in World War 1. Completed in 1926, it became the largest mosque in the city and the 3rd largest in Europe today. Its architecture, mosaics, fountains, gardens and the vibrant marble floors are nothing less than exquisite. But what does it really take to be a ‘Great Mosque’ in the eyes of Islam?

If there was one thing I was most excited for in Paris, it was this mosque. Little did I know it would end up becoming my least favorite part of my whole trip. It was Friday, a cloudy afternoon in Paris, I arrived two hours before the weekly Islamic congregational prayer (Jummah) due to my eagerness. Just off the Jussieu stop on the 10 metro line I started recognizing the Middle Eastern architecture. Unexpectedly, the first encounters I had were with Muslim women and men as well as mothers and fathers with their children sitting and begging for any kind of financial help along the large surrounding walls. At the main entrance I saw two French police holding large weaponry. When I walked inside the mosque it was quiet and empty as men prepare for the congregation by placing the prayer mats along the cold floors.  Still shaken from the first interactions, I tried to calm myself by taking some tourist-y photos of the mosque and admiring the vast prayer area. Then I wondered where the women pray so that I could settle in.

It was almost time for the prayer so I made my way back out and witnessed the multiple Muslims heading over and ignoring all those who were asking for help. I managed to find a lady who spoke Arabic and asked her to lead me to the female prayer area. This only led to the next devastating disappointment. The mosque might have a massive and beautiful prayer area, but the women are led to a side entrance that leads to a basement floor furnished like any other mosque in a lower class suburban area. There were no beautiful marble floors, just carpets that are not up to par. There was no television showing the Imam, only a large piece of cardboard with Islamic writing propped in a corner to represent the direction of prayer. When the congregation was finished, opposite to my initial feeling at arrival, I was too eager to leave. I had hoped the community would support those outside in need in any kind of way since they were not rushing to pray on time anymore, but that was not the case. As they left they all, once again, ignored those in need of financial help just as they did arriving to the mosque. At this point I was rushing away, tears swelling in my eyes because I realized just how similar this situation is to the rest of the Muslim world. 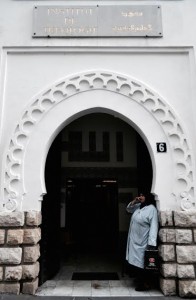 Too often do we neglect our community members that need help. If anything, at least those in Paris had courage to lower their stance in society to ask for a helping hand, unlike the unheard voices of those in need in the West because they fear degradation in their social circles. We tend as a community to put on our best faces in front of each other since we’re too embarrassed to vocalize any issues we may have. These barriers of communication are what we need to build and construct to greatness. We need to be able to call our communities ‘great’, not in quantity but in quality.  ‘Islamic’ countries like Saudi Arabia are holding their noses high for all the massive buildings and architectural ‘improvements’ they’re making to the Holy Land, yet their poverty level is on the rise, currently at about 20% of the population, not to mention the continuation of very prominent gender apartheid. Muslim communities all around the world today are focusing on building extravagant mosques but forgetting about building strong communities. The recent fall of a crane in Mecca killing 100+ Hajj pilgrims is just one incident of what could be a warning from Allah to check our priorities. Too often do we give our sisters the side entrance. Not only was this the case in Paris but a friend of mine had recently visited London and Turkey and witnessed the same situation. In Islam women are described to have Heaven under their feet, but in these mosques women are placed under the feet of the men in the community. This is the difference between how The Creator treats women and how The Creation treats women. With all this mistreatment, unbelievably, people still find the need to question the recent opening of the Women’s Mosque in Southern California. The Grande Mosquée de Paris might be titled as ‘Grande’ but it was only a grand scope to all the flaws that Muslims tend to over look.

Allah (swt) says in the Holy Quran: “You are the best ummah singled out for mankind: you enjoin what is right (ma’roof), forbid what is wrong (munkar), and believe in Allah.” (3:110)

So the question is, are we really forbidding what is wrong? As we strive to raise intelligent children we forget to raise leaders of Islam. As we acquire status in the community we forget about our status with Allah (swt). We have drifted to focus so much on the Dunya (this life) that we have forgotten the focus on the Akhira (the afterlife). We have forgotten to care for our neighbors whether they be Muslim or Non-Muslim. What can we do to ‘enjoin what is right’? We can start by shattering this need to pretend we’re all okay rather than using each other as a support system. We can start by raising the sisters in our community in a high level like the Prophet Mohammad (pbuh) once did before any other community did in his time.

Narrated by Abu Hurairah and Muslim, the Prophet (pbuh) said: “Whosoever relieves from a believer some grief pertaining to this world, Allah will relieve from him some grief pertaining to the Hereafter. Whosoever alleviates the difficulties of a needy person who cannot pay his debt, Allah will alleviate his difficulties in both this world and the Hereafter. Whosoever conceals the faults of a Muslim, Allah will conceal his faults in this world and the Hereafter. Allah will aid a servant (of His) so long as the servant aids his brother. Whosoever follows a path to seek knowledge therein, Allah will make easy for him a path to Paradise. No people gather together in one of the houses of Allah, reciting the Book of Allah and studying it among themselves, except that tranquility descends upon them, mercy covers them, the angels surround them, and Allah makes mention of them amongst those who are in His presence. Whosoever is slowed down by his deeds will not be hastened forward by his lineage.”

By depriving our brothers and sisters of our help we are only depriving ourselves from what our true purpose is on this earth. The Ummah is aching. Let us not fall behind these facades of “Greatness” and truly become something actually ‘Great’ in the eyes of Allah (swt). Because the only great things we want to build are those in Paradise.

Narrated by Muslim and Bukhari, the Prophet (pbuh) said: “Truly the faithful are to one another like components of a building—each part supports the other.”