Reflections from the Hindu-Muslim Mixer 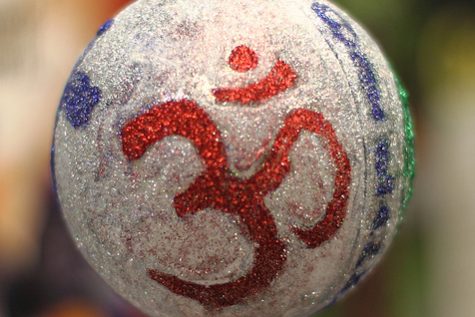 Inspired from my previous experience at the “Lunar-Dharmacakra Mixer“, I was fired up and blazed to attend the Muslim Union’s next event where Muslims met with the Hindu Students Association at the Hindu-Muslim mixer.

I took the liberty of dubbing this mixer “Forum of the Falasifa Pandits.” This, like the last Mixer’s name , has a deeper meaning attached to it.

The “forum” refers to the group of buildings that were part of the government in ancient Rome, or it can otherwise refer to a place of open discussion. “Falasifa” refers to the Greek word, adopted by Arab Muslims during the Islamic Golden Age, to refer to philosophers.

The word “Pandit” is the origin of the word “pundit” which is used in English to refer to an expert in any given field. However, the word “pandit” refers to a person who has mastered the Sanskrit language, and more specifically, it refers to one who has memorized and can recite a significant part of the Vedas, the holy book of Hinduism, during ritual ceremonies.

In this way, our Mixer was a place of open discussion between educated and learned thinkers and followers of two different, but similar faiths.

Unlike my fatal error last meeting, I was not too late for the meeting of the pundits. However I was unable to remain for the entire exchange. It must have been a coincidence because I had an intense debate scheduled that same evening after the Mixer, and I was thus clad in my dark, authoritative, business suit.

I entered the Mixer just in time before the main event began. Unlike the previous “Lunar-Dharmacakra Mixer,” this event began with a light, casual phase as the participants conversed and ate snacks.

At the end of my time there, it escalated into a more heavy, serious discussion as all the pundits stood together in a circle while directing questions and answers to each other. Unfortunately, my time was up and I had to leave the epic symposium of intellectual exchange.

Despite my early time there, I learned one important fact and pondered on some thoughts. What defines “polytheism?” Is Hinduism a “polytheistic” religion? By Islam’s definition of “polytheism,” the answer might be “Yes.”

However, by the theological and scholastic definition of “polytheism,” Hinduism might not be considered such a religion. Although it may seem that Hindus worship several gods and goddesses, from what I learned, all these gods and goddesses are merely essences, avatars, or personifications of one Supreme God.

In that regards, both Islam and Hinduism share similar concepts of a single Supreme God or deity. To a person who possess general knowledge of a religion such as Hinduism, it would seem that Hinduism is a polytheistic religion. However, this is an extreme oversimplification of a faith that encompasses a large population of people. In learning about Hinduism from actual Hindus, many do not consider their faith to be polytheistic with many gods.

As a Muslim using the concept of polytheism or ‘shirk’ defined in Islam, we are confronted with a believers of a faith who disagree with our position. However, this is not a matter of who is right or who is wrong, or whether you ought to agree or disagree, but the point is to learn about different perspectives and opinions that may oppose or contradict those of your own.

Giving dawah involves learning new perspectives and viewpoints while critically thinking, pondering, and analyzing them. Hence, the purpose of dawah is to convey and communicate, and not convince or convert.